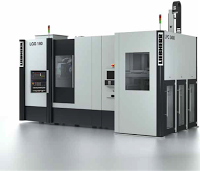 It’s no coincidence that the same words used by Wenzel America and its customers to describe Wenzel America, are the same adjectives that come to mind when describing one of their most important industry partners, Liebherr Gear Technology, Inc. Founded in Saline, Michigan in 1986, Liebherr Gear Technology is part of the Gear Cutting Technology Division of Liebherr Group producing gear cutting machines and automation systems for customers in the USA, Canada, and Mexico.

The Saline plant also overhauls machines and gear tooling facilities. In addition to production operations, all sales, project management, servicing, and spare parts supply for gear cutting machines as well as the automation systems division are housed there.

How one invention becomes a $10 Billion global company

Their parent company, Liebherr Group, is a family-owned global manufacturer founded in 1949, by Hans Liebherr in the southern German town of Kirchdorf. The Group is comprised of 11 company units, each operating independently in diverse product areas.

Hans Liebherr began the business with the invention and manufacture of the first mobile tower crane in Europe and over its 65-year history has become one of the largest family-owned companies in the world employing almost 40,000 people with over 10 billion dollars in annual revenue.

Seeing a problem and solving it with innovation was a keynote of the fast growth and diversification of the company from the invention of that first crane, which quickly became indispensable in the rebuilding of post-war Germany.

The rapid success of Liebherr’s mobile tower crane was soon met with the need for large numbers of parts from suppliers — including precision-manufactured gears.

These were hard to come by in early 1950s Germany and so Mr. Liebherr decided to manufacture his own gear grinding machines – Liebherr Gear Cutting Technology was born. 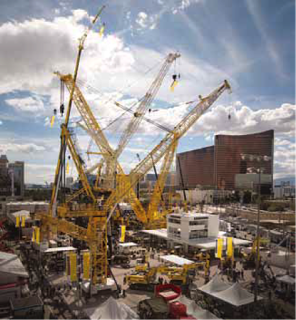 After almost 20 years of growth across Europe and Asia Liebherr-America was founded in 1970 to sell and manufacture mining equipment.

A few years later the first Gear Technology operations began in Ann Arbor, moving to the current headquarters in Saline in the 1980s.

Wenzel’s history with Liebherr actually dates back to 2008 when their German crane manufacturing unit began searching for a gear-measuring machine that could measure the massive gears that drive their largest construction cranes.

After an extensive search and thorough vetting of the gear checking and measuring systems from all major metrology companies, Liebherr only found one company who could not only meet their own commitment of quality, but could also make the large-size gear measuring machine they needed. Wenzel designed and installed a custom a WGT dual-arm gear checker capable of measuring gears of nearly 20 feet in diameter at the Liebherr Werk Bieberach crane manufacturing facility.

Then, in early 2013 a series of fortuitous events led to Wenzel America’s current synergistic partnership with Liebherr Gear Technology here in Michigan. “Partnering with Wenzel America means we can offer complete solutions for our customers – starting with their design plans to gear cutting, hobbing and shaping, on through to their automation systems and final gear inspection with the Wenzel Geartec gear measuring machines.”

At the Saline plant, in addition to making precision gear cutting machines and automation systems for customers in the USA, Canada and Mexico, Liebherr also do overhauls for machines and machine tooling facilities.

Like Wenzel America, Liebherr Gear Technology is dedicated to offering innovative, flexible and complete solutions to all their customers.

It’s this level of customer care and engineering expertise that makes them the perfect partner for the Wenzel Geartec machines. “Liebherr are expert in gears and gear machining. Gear manufacturers are specialized technicians that speak their own language, partnering with Liebherr means we have industry-experts who can speak that language and service those customers. Better than any metrology company could on their own.”

Both Liebherr and Wenzel America have very dedicated engineers and technology specialists with core competencies in gear manufacturing and gear inspection respectively, creating an ideal partnership for both companies. The end result is that Liebherr Gear Technology is also the ideal partner for any gear manufacturer or machining expert.

Renowned for their gear shaping, hobbing and cutting machines as well as automation, Liebherr has relationships with nearly anyone who makes gears in North America.

As the exclusive distributor of Wenzel Geartec measuring machines in the U.S. and Canada that means their level of expertise now extends into part inspection and gear checking. Offering a complete solution and the expertise of two precision engineering teams for all gear manufacturers. Liebherr Gear Technology’s VP of Sales went on to explain, theirs is not the only division partnering with Wenzel, as they now have an agreement between the two companies in Brazil and soon elsewhere.

Liebherr’s construction division has also purchased more Wenzel Geartec equipment for plants in Mexico and other divisional partnerships and purchases are on the horizon.

“We’ve been very impressed with Wenzel. The WGT andLHG gear measuring machines are mechanically superior to everything else on the market. Wenzel America is a great company to work with,” Yoder enthusiastically concluded.

Wenzel America’s President, Andy Woodward echoed those sentiments when he said, “We fit together superbly. Two global, family-owned companies dedicated to precision engineering and manufacturing with roots in Germany.”

“We couldn’t have asked for a better company to represent our Geartec machines – they understand the complete needs of the gear industry, speak their language and are 100% customer focused.”