What is your background?

I attended Aston University in Birmingham, England completing my degree and additional professional qualifications in Mechanical Engineering in 1982.

My first engineering job was actually while still in university as an intern for Cadbury’s chocolate factory. I helped to design the machines that made Cadbury’s Creme Eggs among other things.

Early on I was involved in the computer aid design (CAD.) I worked with various software companies throughout the 1980s, then in the early 90s I started working for a Computer Aided Design software pioneer called Parametric Technology Corporation – otherwise known as PTC.

They were introducing their Pro/Engineer Software, which was the world’s first widely available solid 3D Modeling System; it revolutionized the way design was done. From the beginning I was really on the cutting edge of 3D design and engineering.

How did you get started in 3D Scanning?

After I left PTC, I started an engineering consulting firm teaching people how to do solid 3D modeling with these new CAD software products.

Almost from the start I noticed an interesting pattern — Companies would buy the software, buy my company’s training services and we’d train them…
Then, inevitably they’d contact us at some point and say,

“Our people still can’t seem to get the 3D modeling right. So, either the training is off, the software is incapable, or our people are just not smart enough.”

That started me investigating what was going wrong from an engineering perspective, and what I found led to my career in 3D Scanning and Metrology.

I discovered that none of those things were the cause of the problem.

The problem was the measurement.

No matter how good the training, the software, or the people, if your measured dimensions are off, the solid 3D models are going to be wrong! 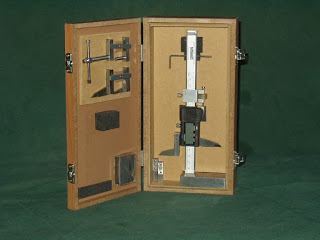 People were using tape measures, calipers, and height gages, trying to measure things and then keying those dimensions into a computer to try and model them.

They weren’t able to create accurate models because measuring solutions they were using were wholly inadequate.

How did you discover the solution?

I said to myself, “What we need is a 3D scanner, something that uses lasers or light to measure the whole part accurately.”

So, I went out to buy one… and couldn’t find one.

They just were not commercially available. Then I found a company working out of a university in London, who’d actually invented one, but hadn’t been able to commercialize it.

When I saw what they had, I asked them to team up, because I already had many customers who desperately needed the solution they’d invented.

And that was when I founded a new company called 3D Scanners UK, in 1997.

We licensed and marketed this new scanner. We had almost no competition. We were first to market in the U.K. with a commercially available handheld 3D scanner.

How did you end up in the U.S?

With such a big success in the U.K we decided to expand the company into Italy. Unfortunately, it did not pan out as we’d hoped.

But, we did set up a successful distributor in the U.S., so I came over to help expand 3D Scanners’ market penetration here and existing management continued to run marketing in the UK.

So I sold my shares in the UK and continued working for our U.S. distributor, NVision, who is still in the business today, albeit with different products.

What happened after you decided to stay in America?

As I said, our company, 3D Scanners UK,was strictly a licensee and we didn’t have ownership of the product.

And not long after I decided to sell my shares and stay in the U.S., the company that owned the 3D scanner we had started with in the UK and I was also selling here — sold their company (and the product) to a larger metrology firm.

This created a brand new problem for us — what does a 3D Scanning distributor do with no product to distribute or bring to market?

How did you solve this new problem?

Essentially, I had to do what I did before — go find a product our customers needed.

So, I went to Germany and found a product called MAXOS by a company called ScanTec and we became the North American distributor of a new non-contact scanner.

But this technology was not handheld, it was designed for a whole new realm of non-contact scanning — production inspection on the shop floor.

How did you navigate going from Reverse Engineering 3D Scanners to Production Inspection scanners?

Well, we knew we needed a partner who knew that world, since we did not. So, I found Wenzel and presented the MAXOS scanner to them to exclusively use and install on their CMM measuring machines. 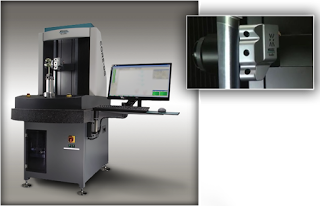 In fact, as luck would have, I apparently have a knack for finding products with a lot of potential because Wenzel liked it so much they bought the German company that made MAXOS.

I’d effectively sold my way out of a job… again.

How did you get started with Wenzel America?

From NVision I went on to work for LaserDesign who was a supplier for laser scanners and the preferred Wenzel partner, incidentally. So, I’d moved into a new area of 3D scanning with Laser Design’s laser scanners, but as the preferred supplier, I remained connected to Wenzel.

Then as luck would have it, Wenzel bought a German Laser Scanner company that produced the Shapetracer and Pointmaster software — which they started putting on their machines instead of the LaserDesign’s scanners.

At this point, everything was pointing in the same direction for me and Wenzel. They had seen the same things as I had in these new technologies and we’d both “bought” into them in slightly different ways.

As a result, my unique breadth of knowledge and experience in these non-contact 3D scanning technologies set me up to become Wenzel’s next “acquisition” in 2010.

At which point, I was hired to help spearhead this new focus and became their Applications Manager for 3D Imaging and 3D Scanning products.

What is your purpose in regard to expanding the adoption of 3D Scanning technology by manufacturers?

Starting in 1997, I knew using a handheld non-contact laser or white-light scanner was the future for accurate measurement in design and reverse engineering. Today, 20 years later, that argument has been won.

Everybody knows about the usefulness of that technology. Any company that needs it, has pretty much used it, or owns it.

On the other hand — Non-contact scanning in a production environment for inspection and quality control using high-speed optical scanning, like we have with the CORE machine and the Phoenix scanner…

That battle – has not been won.

Even after 10-years I don’t see any competition for what we have in the CORE machine.

My mission today is to see the CORE machine become the industry standard for turbine blade manufacturers and medical equipment manufacturers.

I am convinced there is absolutely no reason anyone making turbines or medical implants should be using any other measurement technology.

Nothing else gives them the precision measurement they need for adequate quality control and inspection.

The only thing left is educating them enough to understand what it offers them. So, that is my mission. Get this into widespread use.

How do you help your customers?

Medical device manufacturers and turbine blade manufacturers can make safety critical components with a new freedom to design blades or implants with geometries they need, but could not previously measure.

You can’t sell safety-critical components for aircraft or medical use unless you can accurately measure them. With any other measuring technology, except the CORE machine, you become very limited in your design geometries.

The advances in manufacturing techniques that are being developed, from 3D printing and other new manufacturing methods are all very exciting. But, there is a risk their growth into the high-value production parts will be restricted if those parts can’t be measured.

Manufacturers might be able to make a part, but if they can’t measure it to verify its quality – they can’t sell it.

Measurement risks becoming the bottleneck that holds back design and production from developing and manufacturing to the degree they should be or could be.

Our mission, my mission, at Wenzel America is to get this technology out there and remove that bottleneck.

What would you recommend to manufacturers who want to know more about what non-contact scanning advancements can do for them?

Well, they can start with the other three articles we did this month:

3D Scanning – The State of the Art

They should also download the 7-Systems Analysis and Technical Scorecard watch the individual overview videos on the CORE, Shapetracer and Phoenix and while they’re there.

Probably the best thing is meeting face-to-face and getting a hands-on look at the machines at our Quality Show booth in Chicago Oct 27th-29th, 2015.