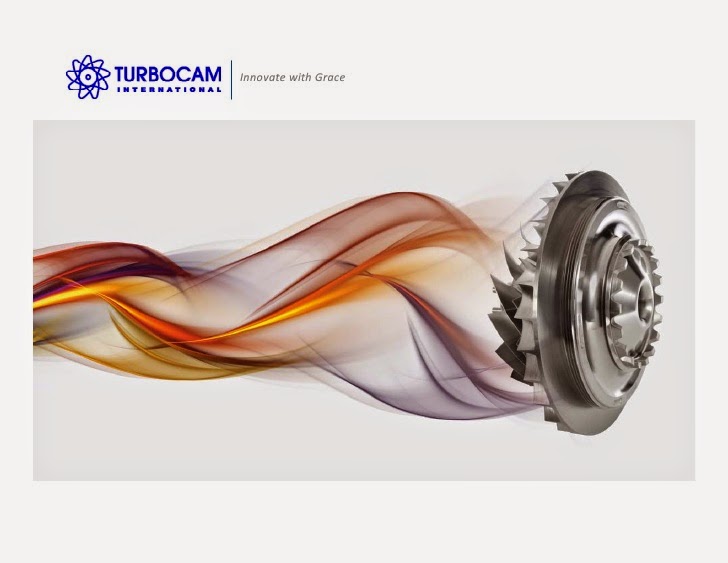 Innovative engineering requires innovative solutions. TURBO CAM International produces over a million precision turbo machinery flowpath components every year and has been on the cutting edge of 5-axis machining for almost three decades.

The key components of the TURBOCAM story have always been threefold—

TURBOCAM was an early adopter of 5-axis machining, which the company used to produce high performance turbomachinery parts in diverse industries since 1992. In 2004 they built a new, fully automated plant in Barrington, New Hampshire. Operating 24 hours a day, 7 days a week (unmanned on Sundays), the plant could produce over 400,000 impellers a year and the next stage of growth required a new innovative 5-axis inspection system.

“We were looking for a partner that could offer us a full engineering solution, not just off- the-shelf CMMs and canned software,” said Dave Romaine, TURBOCAM’s Quality Manager.

“At that time we were working with one of the largest metrology companies in the world, but their measuring systems are all closed, black-box systems, with no way for us to innovate.”

Their search soon brought them to Wenzel America in Wixom, Michigan. TURBOCAM’s team knew WENZEL was the world’s largest family-owned metrology company and that they were also familiar with 5-axis pioneers, Renishaw, since Wenzel used their probes exclusively on their CMMs. “Coupling our customized milling directly with the inspection process was vital to increasing throughput and quality,” Romaine continued.

“Our engineers needed to be able to code the inspection software. When we talked to them about OpenDMIS and its capabilities, we saw a solution that would work for us in all locations and work for our customers, since it was based on the DMIS standard.”

When the TURBOCAM team arrived, they were shown a WENZEL LH87 that happened to be running a Renishaw REVO scanning probe. As 5-axis early adopters, they were familiar with Renishaw’s newest developments, but this was only the second REVO head produced, and their first in-person look at its capabilities.

“After the demo and meeting their people, we knew Wenzel America was a company we could partner with,” Romaine explained.

“We wanted a measuring machine integrator not just another CMM supplier, and that’s what they were.” 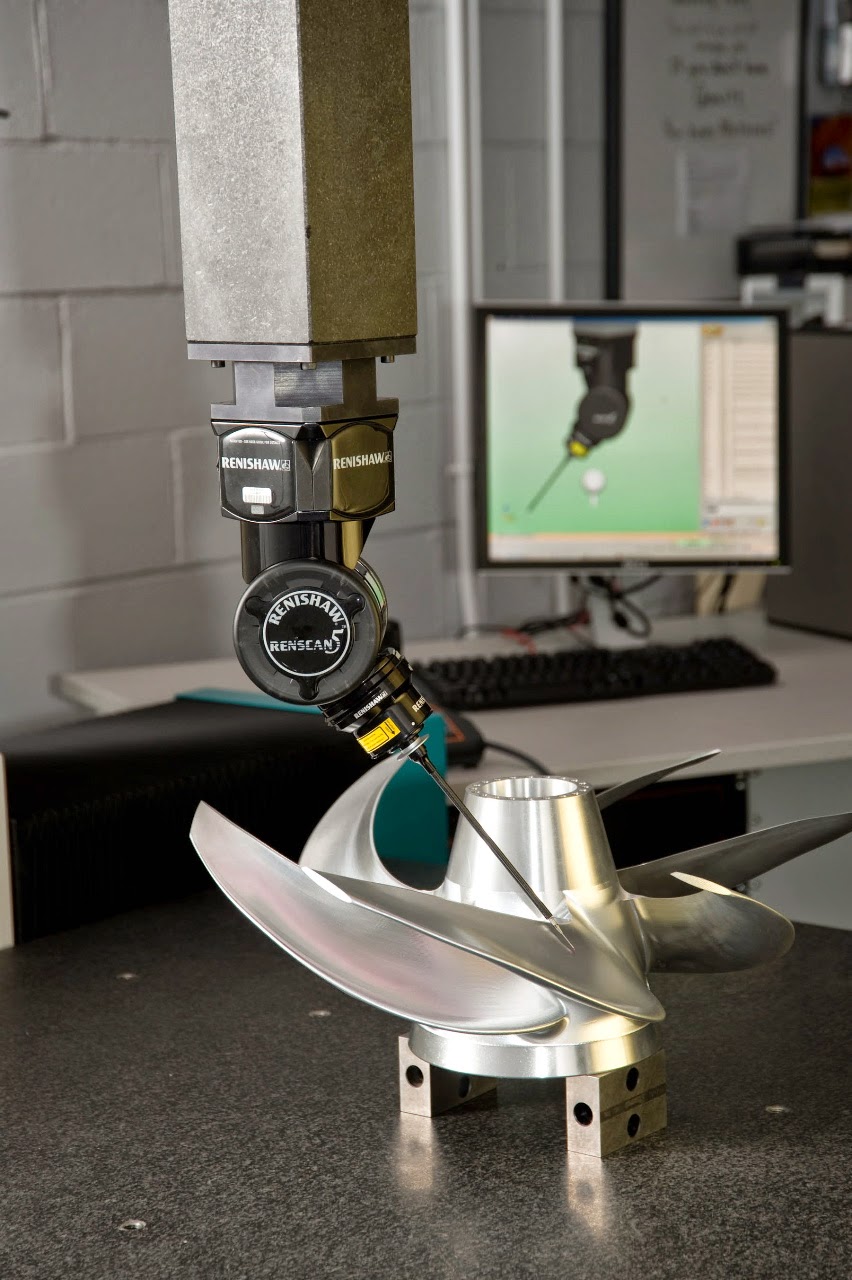 Partnering with Wenzel America would allow TURBOCAM to use its engineering resources to develop the custom inspection processes it needed as a 5-axis machining company. Its first Wenzel machine would be an LH 8-10-7 CMM with the third REVO probe head ever produced. Today, the company has more than half a dozen Wenzel/REVO systems in operation.

Another key to TURBOCAM’s choice of Wenzel was that along with the personalized customer service of a family-owned company, the company is also global. This enabled the Wenzel America team to liaise with WENZEL in Europe and Asia on the company’s behalf. TURBOCAM could work closely with the Wenzel America team who knew the company’s business best and ensure its inspection system and CMM needs were fully met with standardized measuring processes in TURBOCAM’s plants in all other locations.

Today, TURBOCAM has manufacturing plants in New Hampshire, South Carolina, Romania, England, and India, with sales offices in the Netherlands, Japan, and Taiwan. Only WENZEL machines are used for all the company’s inspection processes of over a million turbomachinery parts per year, creating satisfied customers and over $100 million in revenue for the company. 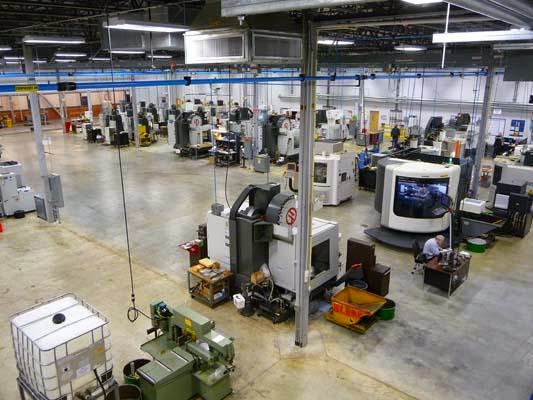 Another area Wenzel America has outshone any other CMM supplier, according to TURBOCAM, is their CMM training. Wenzel helped TURBOCAM’s Quality Assurance team train and certify its own in-house technician to do ISO 10360 calibration and maintenance of the company’s CMMs.

“What other supplier does that?” Romaine remarked.

“It allows us to maintain our uptime and fix most things ourselves with very little lost production.”

With parts that fly on the Space Station and in the Delta 4 rocket engine and others that provide boosts for the cleanest and most efficient diesel engines in the world, TURBOCAM has grown from 25 employees in 1992 to over 700 employees across the world today. While the majority of the company’s output is for automotive sector, it excels in various aerospace-related applications and supplies some of the biggest names in the industry.

“Without our relationship with WENZEL and the 5-axis inspection processes we’ve worked on with them over the years, there is no way we could meet demand and quality for our customer,” Romaine stated unequivocally.

“We’ve worked with them very closely on the software and systems to create blade inspection processes we would not otherwise have.” For TURBOCAM, this has meant a level of growth that has allowed the company to further its mission of freeing people from modern slavery in Nepal and providing education, clean water, and opportunity for over 1,000 children in India, Nepal, and South and West Africa.

TURBOCAM and Wenzel America’s synergistic partnership has helped both companies expand their markets and create products that serve their customers better for more than a decade. More than that, it has also helped create far-reaching effects greater than any bottom line. It is a partnership that, for both companies, looks to be only just beginning. TURBOCAM is a recognized world leader in 5-axis machining technology with over 150 multi-axis milling machines producing prototype and production parts in 9 countries. We offer our expertise in 5-axis programming and milling of integrally-bladed parts up to 1100mm such as: aircraft engine blisks machined from solid forging, axial and centrifugal impellers, turbines, compressors, and turbochargers.

TURBOCAM’s strength in manufacturing software has helped make prototyping a major emphasis of the company. We produce over 500 unique part designs per year and have grown into many areas of advanced part development and production for passenger, jet aircraft engines and rocket engines. TURBOCAM is ISO 9001:2008 and AS9100:2004 certified. We are also Nadcap® certified for aerospace coatings.